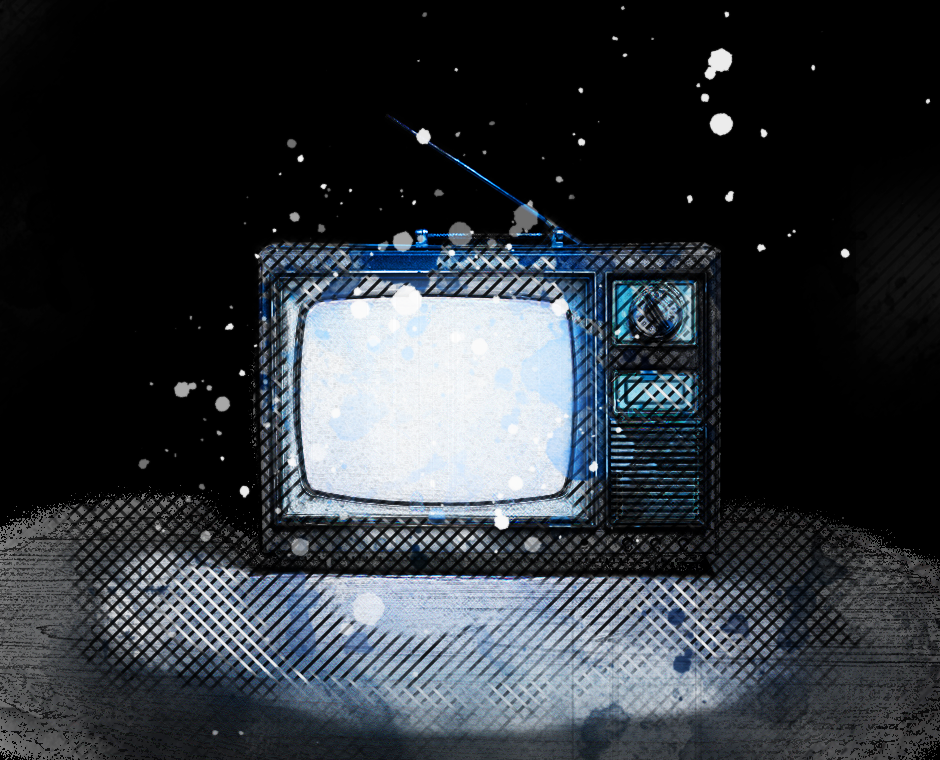 Multiple studies have shown that certain types and degrees of background noise, and by noise we don’t mean just sound but mediums that affect any sense, is actually beneficial for productivity. This can of course differ from person to person, but if you are someone who gets benefit from having something on in the background while you work, or are interested in trying, there are TV shows practically made for this particular application. Sure the people who made these shows might have wanted you to give it your full attention, but then they shouldn’t have made them so easy to ignore.

The platonic background show is probably something with lots of visuals and few words. A show that is literally a screensaver. That being said, you also want something with visuals that aren’t so spectacular as to distract you from work (sorry Planet Earth but you’re too pretty). These shows should land in that sweet spot.

THE JOY OF PAINTING

If you want those stunning vistas but know you’ll get too sucked in, try out The Joy of Painting with Bob Ross. He paints a new landscape every episode and as skilled as he is, it won’t enthrall you like a real landscape will (unless you’re painting along of course). Plus, his soothing voice will keep you calm while your boss sends you more work to do at six on a Friday. There’s one season available for free on Amazon and another six available on Hulu with a paid subscription, but forget those fools. Bob Ross himself has posted every episode of The Joy of Painting on his YouTube channel (all 403) for free. He really is the coolest.

How It’s Made is one of the chilliest programs on the air today, but still interesting enough that it won’t put you to sleep. Every episode investigates, you guessed it, how stuff gets made. From berets to pocket knives to kimchi. As the products being made in the show are often mass produced, the visuals tend to be very cyclical, like watching an assembly line. The combination of the fun repeating visuals, the amusing British narration, and the interesting (but not too interesting) content makes for perfect background viewing.  To watch full episodes you’re going to need to pay in some way, but there are about 260 clips on YouTube you can watch totally free.

COMEDIANS IN CARS GETTING COFFEE

Originally on Crackle, all six seasons of Jerry Seinfeld’s self-indulgent show about nothing are now on Netflix. We aren’t talking about Seinfeld. We’re talking about the real show about nothing: Comedians in Cars Getting Coffee. Whether he’s sipping down a cup of Joe with David Letterman, or a lightly frothed Latte with Fred Armisen, the show is consistently funny (not a big surprise) but also genuinely lovely to watch. What makes it perfect for white noise is that it isn’t too funny or too attractive (or else it wouldn’t be nothing).

It’s almost comical how many food competition shows are on TV. Chopped, Beat Bobby Flay, Sugar Rush, and ten more for some reason. While these shows are certainly repetitive (in more ways than one) there can still be enough drama to distract you from work. Enter Nailed It! Quite possibly the only television show that celebrates food failure. Hosted by the hysterical Nicole Byer, Nailed It! sees amateur bakers facing off against each other to recreate elaborate Pinterest desserts despite the fact that they can barely measure flour. It’s repetitive, super-low stakes, mildly funny, with bright fun images. It’s basically moving wallpaper and all 5 seasons are on Netflix.

BILLY ON THE STREET

Another wonderful repetitive concept is the game show. You could watch the spins on Wheel of Fortune 50 times without hearing a single letter and still enjoy the show.  But with prize money comes stakes, and that has the potential to take your mind off of work. Well what about a game show for people who think game shows are stupid? Billy on the Street features the frenetic Billy Eichner, a cavalcade of pretty famous celebrity guests (Michelle Obama was on it), and unsuspecting strangers, in wild one-off games that, in the end, come to pretty much nothing. Need we say more?

On the surface, watching sports may not seem like the best idea for a white noise show. Even for the non-sports fan there is a raw competition to sports that can reel anyone in. The key is, to pick the right sport. Golf for instance is intensely repetitive, very slow paced (half the footage is panoramic views of an empty golf course), and even when things do heat up, they are never really that hot. You can use any sport that you find boring, but we find the best options to be sports in which the opposing players or teams never really see each other.

Another option would be an old show. TV shows of the 20th century often went on for years, had a very repetitive structure, and were made with the express purpose of letting any new audience member jump in without ever having seen it before.

A lot of old sitcoms keep the action restricted to pretty much one set, but a show that really took that to the extreme is Cheers. Sure there are scenes in Cheers that take place outside of the bar, but can you think of any? This is a light hearted comedy where every scene is the same people sitting in the same room in pretty much the same spot for 271 episodes. Why ever look up from your computer? All of Cheers is available on Hulu with a subscription and for free on Peacock.

We could recommend hundreds of fantastic sitcoms to revisit, but that isn’t really the point of this is it? You’re going to be ignoring this show and so it probably shouldn’t be all that good (sorry Cheers). The Bob Newhart Show is perfect then. Not to say it’s a bad show by any means, but be honest, had you heard of it before we mentioned it here? Would you ever actually sit down and watch it? Of course not, so why not put it to use in other ways? By ignoring it so you can better focus on work. Plus, now you can tell people you’ve seen this obscure sitcom from the 70s and no one can question you on it because they haven’t seen it either. It’s on Hulu by the way.

This is a modern sitcom but it’s old in many other ways. Grace and Frankie features Jane Fonda and Lily Tomlin in some of the best acting of their career, playing two octogenarian best friends. Unfortunately, you’ll probably never notice their acting, because despite Grace and Frankie being a funny, and genuinely enjoyable show, there is something incredibly easy going about the show which makes it irresistibly ignorable. Head to Netflix when you’re in the mood to forget something.

You could always just watch a show you’ve seen before and thus don’t need to pay attention to because you already know what’s happened. But isn’t it time you ignored a new show? 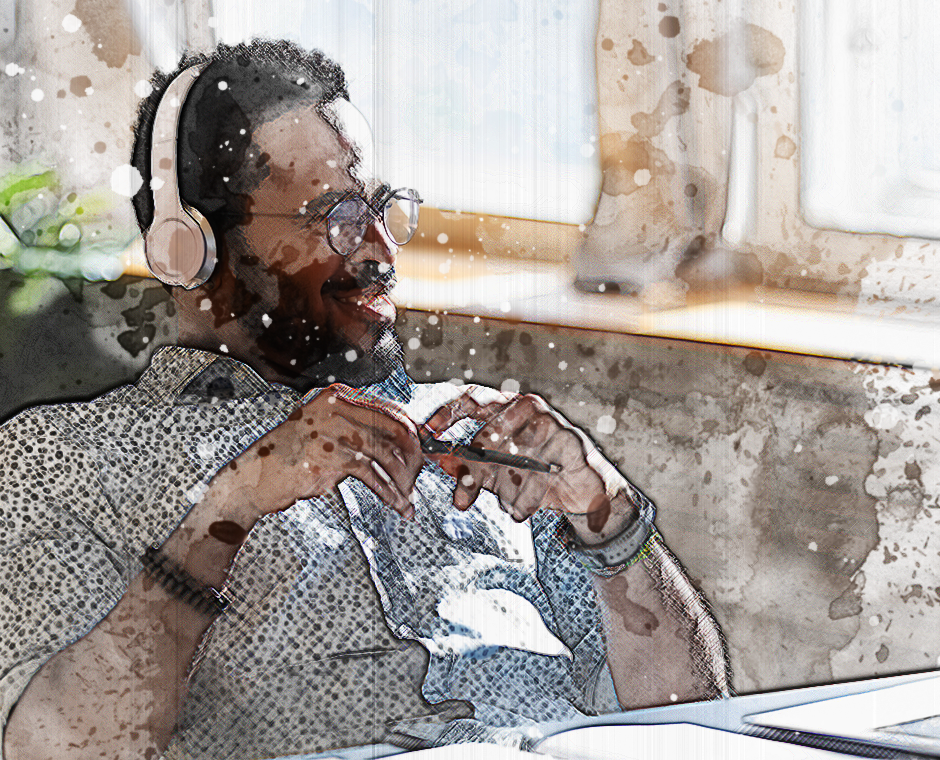 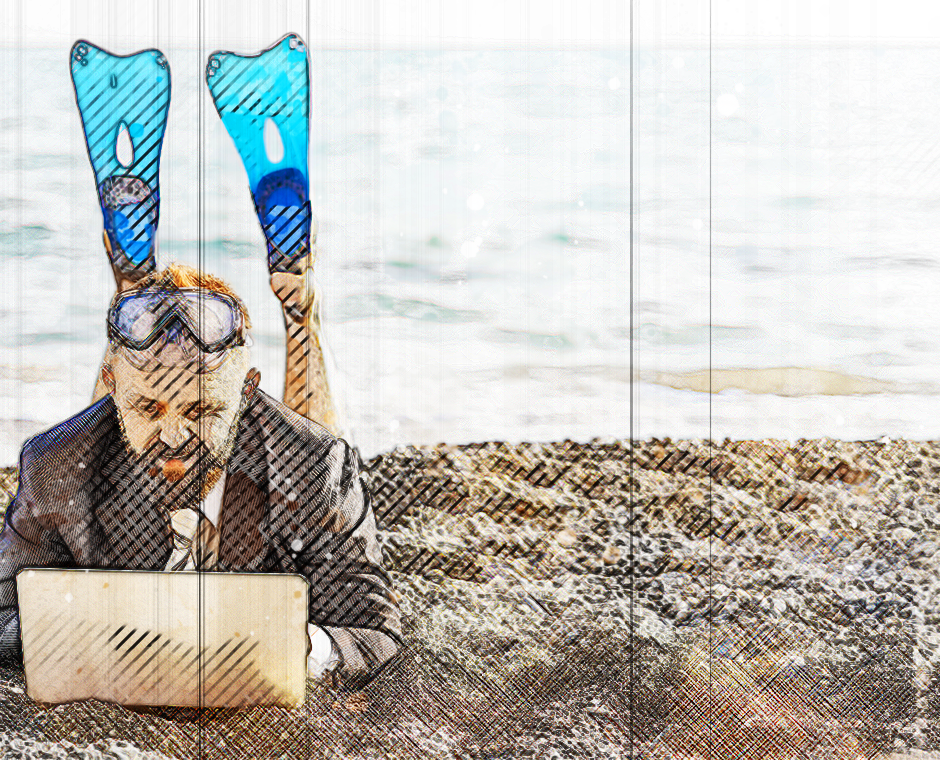 Reaching a State of Flow

How to tap into the most productive version of yourself.